Fuck The Mouse: Disney Is Evil & Needs To Fuck Off

Do I have time for one more rant? I mean, it’s not quite the end of 2018 and I haven’t made very many of them over the course of the year. I think we deserve one more…don’t you?

So I got a lovely email from Verizon this afternoon..I’ll share it with you:

In case you can’t read it to the fact I tried to make most of it fit…it is yet another way business is using consumers as hostages and screwing them. It’s a carriage contract agreement conflict.

So…what does this mean? This means it’s once again time for Verizon to have to negotiate a contract to carry channels you pay for…in fact the rate you pay is determined by the extortion programming providers want. In addition…they get to make demands like forcing you to take and pay for their shitty channels that they know no one in their right mind would pay for.

That’s right….this is why you have like 15 ESPN channels….your provider isn’t allowed to just carry a couple; they have to carry all or none. Know all those channels you wish you didn’t have to pay for…well…you can blame the content provider/channel owner. They basically hold the TV providers by the balls and say “offer this..or get nothing”.

So this is apparently happening with Disney…you know..that fucking evil mouse that rapes the public for billions of profit while gobbling up every media property it can to ensure it’s got by the balls.

That’s right…I’m calling Disney out. When I look over the public information, I cannot see how they can justify a cost increase. Do I want to pay more for their channels? Fuck no. I’m already paying out the ass for television and THAT IS WHY CORD CUTTING IS GETTING WORSE. People are getting fed up

But I could seriously go on a rant at how over-the-top media services and cord cutting are just fucking the American public out of every dollar it has. Don’t get me started on the fact the internet providers are in a conflict of interest since they offer TV service…and they don’t want you bypassing their TV service to watch someone else’s service. This is why so many Comcast customers who cut TV service wind up having broken internet service….and how companies like Comcast, Verizon, Cox, and AT&T (all of which also have TV services) are just working to make sure they can censor and limit our internet).

Yes. I think Verizon is a bunch of evil fucking slimebags too…but one thing at a time.

Anyway…Disney is being the same evil bunch of anti-semetic fucks they always are. 2019 will mark the first time content has entered the public domain in 20 years! An entire generation has passed where content that’s supposed to pass to the public hasn’t…and one of the reasons is that Disney spent a LOT of money lobbying to get copyrights extended just to protect thier assets. I mean..it’s one thing to protect your assets…it’s another to make sure you continue fucking people for money.

The last time we had a major dispute on Verizon it was with The Weather Channel. Both sides walked away and that was it. Verizon subscribers lost TWC and unless Byron Allen pulls a “you’re racist” card like he did with his really shitty .TV channels. (Seriously Byron…your channels are absolute shit. Produce some real fucking content instead of replaying the same 12 hours over and over and over) then it will never appear on the service again.

This is what will happen to ESPN, A&E, Lifetime, History, and all the Disney channels. An agreement won’t be reached and that will be the end of it. Verizon will hemorrhage subscribers and that will just drive prices up for the rest of us. Because…you see…I can’t put an antenna up to get local channels…and I have to rely on Verizon for internet service…..and when the cord cutting starts impacting the TV service….a limited and restricted internet is just around the corner.

So…thanks Disney. Thanks for making sure that in…a year…that my internet service is a broken piece of shit. Thanks for showing how much you REALLY care about people.

Fuck off Disney; and die in a fucking fire. 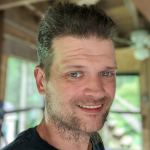